Like Reductionism, Patterns and Paradigms also dealt with the scientific method. This work had as its focus a geological formation of chalk located in the southeastern United States in west central Alabama. The chalk beds are made up of microscopic skeletons from billions of ancient marine life forms known as cocospheres. At their deaths the cocospheres drifted down to the prehistoric ocean floor. Such sites were formed over millions of years through the gradual accumulation of their skeletal structure.

The goal of this work was a poetic examination of geologic time, an ephemeral understanding of 70 million years compressed into one moment. I found through my research lives layered upon lives, the structure of the present built from the relics of the dead, evidence of the inevitability of each moment, and that to live is to be consigned to the past. The installation used numerous samples, maps and photographs as a group recontextualized signs that speak about the topological nature of something that can never be known beyond our ideational constructions. Large samples of chalk, projected images, a black platform on which screen-printed images remapped the site, its location and geological diagrams of the formation's structure. Each day a new layer of prints would be printed on top of the preexisting images and diagrams, prints of the cocospheres magnified by an electron microscope. Pigment for the ink to produce these prints was made from ground chalk taken from the site. This action, a kind of semiotic layer was meant to simulate the depositional process associated with the construction of the original geologic form. 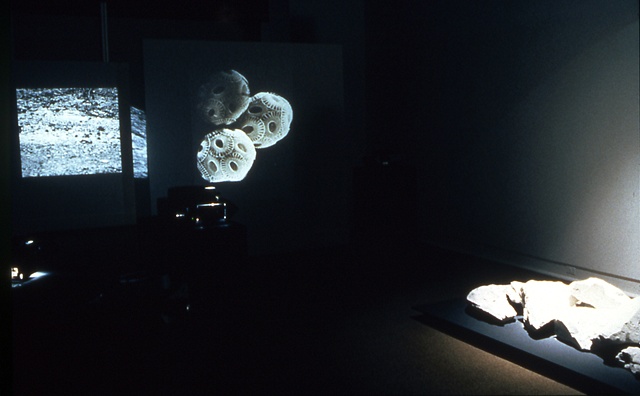 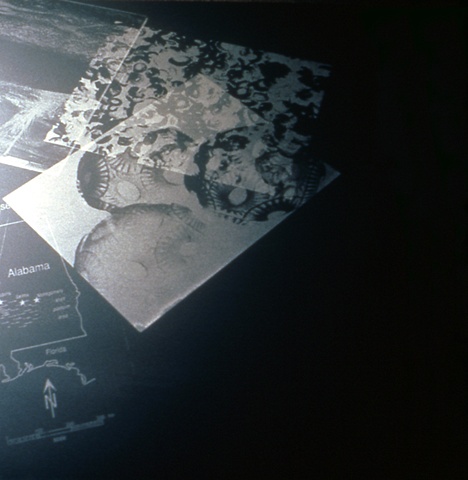 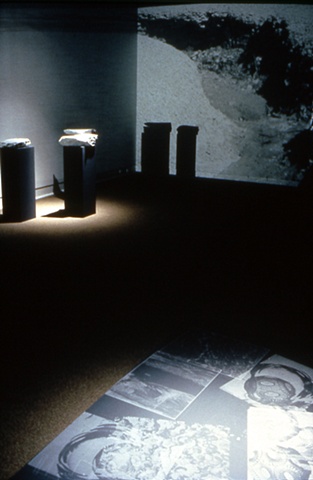 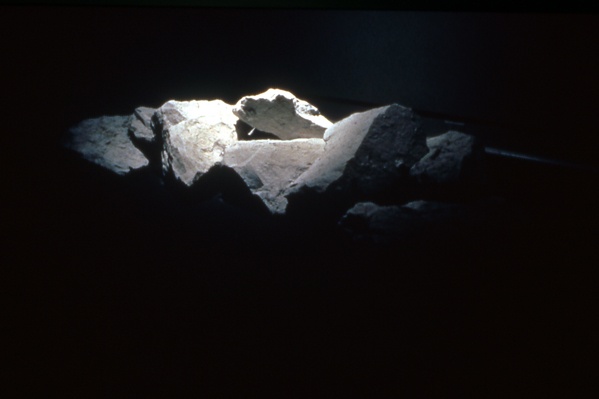