Developed for a location in Syracuse, Italy, and in collaboration with multi-media artist Vittorio Bellanich, Echo was directly about the essence of place. Here again sampling was used in an attempt to garner some knowledge of the past, a tangible echo of the city's rich and ancient history. The work was installed in the home of a local gallerist, in the old city. Water sampled from an aqueduct built by Athenian soldiers captured during the Peloponnesian War served as a living connection to ancient location. The aqueduct still supplies water to the city of Syracuse, while stones taken from a dry riverbed whose waters were diverted to feed it were set in configurations interspersed by small red votive candles used locally in prayers for the dead. These candles stand as a tribute to the dead stream that once flowed over them, a stream which now lies dormant but which was once fed from the aqueduct's source. For the installation a sound-piece was recorded in a cavernous opening, once attached to the aqueduct, known as "Caravaggio's Ear." The piece included the echoing distant voices of visitors to the site. Complementing this sound-piece was a looped video of the interior of the aqueduct itself. Its flickering images provided one of the major light sources for the exhibition. 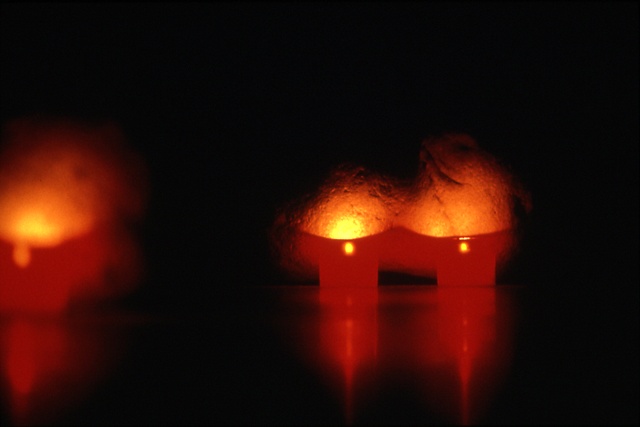 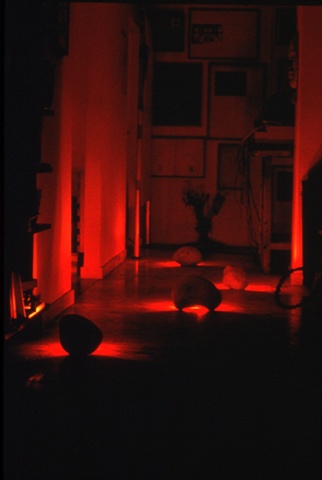 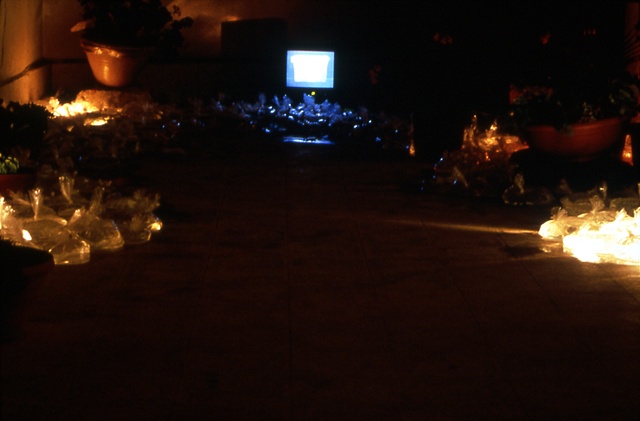 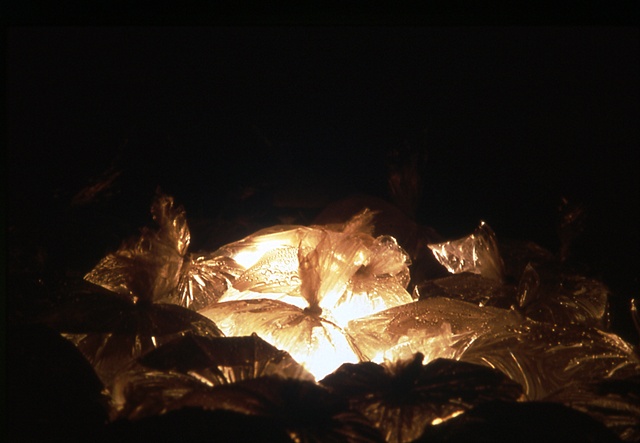