Influenced by the Productions of Time, Disputa consisted of hanging panels of translucent shears that broke and filtered the space, muslin blinds inscribed with handwritten texts, and spoken language collective immerse the viewer in a discursive space. The language, both written and aural, presented beliefs from a variety of cultures and dealt with the nature of existence. The language selected, texts from Plato, Darwin, Kant, Buddhism, the Bible and other seminal sources represent the human attempt to express truth, to explain the essence of life. A construction that is often only understood when contrasted with that moment we cease to exist, death. In the center of the work, framed by language, was the human figure, suspended, isolated, enclosed. The sound component of this installation exists as a collaboration with sound artist and composer Andrew Stoltz. 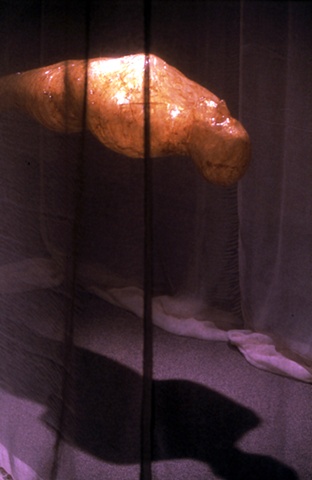 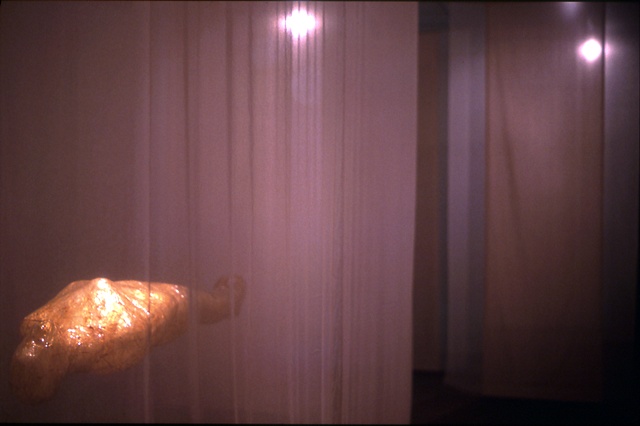 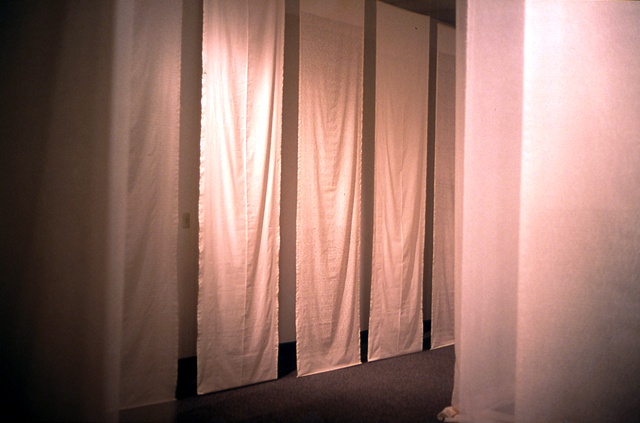 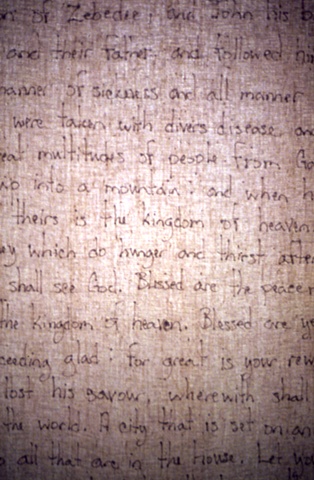